The History of Highfield Hall

Built by the Beebe family of Boston in 1878, Highfield Hall was one of the early summer mansions to grace Cape Cod and is one of the few remaining examples of Stick-style Queen Anne architecture in the Northeast. Along with its adjoining mansion, Tanglewood, Highfield Hall was originally surrounded by park-like gardens, carriage trails, and almost 700 acres of woodlands. Tanglewood was designed by Boston architects Peabody and Stearns.

Boston architect Carl Fehmer designed Highfield Hall. Fehmer, a prolific architect who in partnership with William Ralph Emerson designed the rebuild of Beebe Block at 1 Winthrop Square Boston following the great fire in 1872. In addition to the Beebe Block, Fehmer was associated with the Building Committee for developing Massachusetts Institute of Technology’s Back Bay location in the 1850s, when James Madison Beebe was finance director. The Beacon Hill townhouse for which JM Beebe hired architect Gridley J. F. Bryant to design in 1864, Carl Fehmer was known to be proficient in the “French style” and he happened to work in the offices of G.J.F. Bryant. 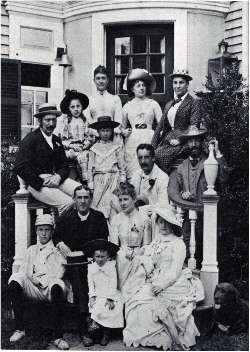 Heirs to a mercantile fortune created by one of Boston’s merchant princes, James Beebe, the Beebe siblings created one of the first expansive summer retreats on the Cape. Brothers Pierson and Franklin Beebe, along with sister Emily, lived at Highfield Hall while their brother, J. Arthur Beebe, along with his wife and children lived at Tanglewood. Both Beebe families entertained in grand fashion and embraced a genteel and formal lifestyle supported by a large cadre of servants.

When the last Beebe family member, Franklin, died in 1932, the estate was sold and used for a variety of purposes, with each subsequent owner having their own dream for the property. E.H. Bristol wanted to create a health resort, while J. Elwin Wright, a religious revivalist, attempted a religious hotel and retreat. Subsequently Arthur J. Beckhard, a New York producer, ran the two mansions as hotels and converted the former stable into what is now Highfield Theatre. 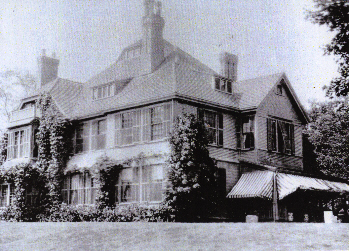 In 1949, the entire Beebe estate was purchased by DeWitt TerHeun, a friend of Arthur Beckhard and a great patron of theatre and opera. TerHeun launched a training ground for student actors from Williams College and, later, Oberlin College. (The Theatre, today, remains the home of Falmouth’s much-loved summer stock company from Oberlin College, the College Light Opera Company.) The TerHeun’s remodeled Highfield Hall as their summer residence while Tanglewood was used as a dormitory for the students.

After Mr. TerHeun’s death in 1962, the estate was sold and development was considered including the creation of a planned residential community with 500 residential units. Various roadblocks from the Town of Falmouth prevented progress and the fate of the property was uncertain. Finally, in 1972, the entire estate was purchased by Josephine and Josiah K Lilly III. The Lillys generously gave the nearly 400 acres of Beebe Woods to the town for permanent conservation as green space. The buildings and acreage on which they stood were donated to a local arts organization.

Sadly, on May 20, 1977, Tanglewood succumbed to the wrecker’s ball and bulldozers, and Highfield Hall entered two decades of neglect and vandalism.