The Restoration of Highfield Hall 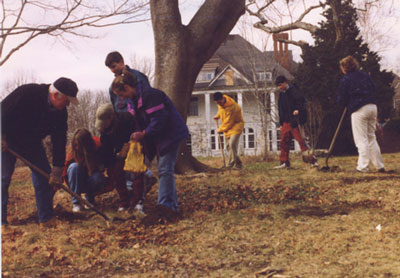 In 1994, Highfield almost suffered the same fate as Tanglewood when a demolition permit was filed by the owners. With a new demolition delay bylaw just having gone into effect in Falmouth, a 90 day grace period existed before the property could be demolished. A group of citizens organized to save the mansion and Historic Highfield, Inc. (now Highfield Hall & Gardens) was formed as a non-profit organization.

Many years of legal disputes followed as Historic Highfield tried to stave off demolition and gain control of the building from its nonprofit owners. Volunteers cleared the lawn, boarded windows, and attempted to ward off further decay and vandalism. They also raised money and worked to convince residents that Highfield Hall was worth saving. Eventually, collaborating with local officials and politicians, Historic Highfield was able to convince the town that Highfield Hall was important to our community and extraordinary measures were warranted to save the property.

In 2000 Town Meeting Members authorized Falmouth Selectmen to take Highfield Hall and six acres by eminent domain, and in 2001 the Town signed a lease with Historic Highfield to renovate and operate Highfield Hall. The extraordinary restoration effort that followed was made possible through donations totaling in excess of $8,500,000 — almost all of which were contributed by private individuals.

The restoration of the building began in the summer of 2001. The first four years of restoration concentrated on making the building water tight by installing a new roof and repairing windows and doors. A new septic system was installed, restrooms were completed, interior rooms were returned to their original configurations, and some foundation work was completed.

In the fall of 2005, the final construction phase began with a new foundation. All new systems were installed in the building include a fire suppression system, HVAC, electrical wiring, and plumbing. An elevator and handicap ramps at the front and rear of the building made the structure completely handicap accessible.

In September of 2006, the first floor of Highfield Hall was completed and a grand opening was celebrated in high style with a week of events, programs, and concerts. By April of 2007, the second and third floors had also been completed and Highfield Hall opened for its first full year of operations. The fall of 2007 brought the completion of a brand new parking area and path system. In 2009 and 2010, the Highfield Ice House, the only remaining outbuilding on the town-owned parcel, was also restored. One of the few remaining ice houses on Cape Cod, its restoration was made possible through the generosity of the Falmouth Community Preservation Committee. The restoration of the landscape began in 2010 with the Sunken Garden completed in 2011 and the West Garden installed in 2012. Since opening, Highfield Hall has welcomed more than 125,000 visitors!

1872 – James Madison Beebe buys more than 700 acres of land on the hill above the railroad station.

1932 -The last of the Beebe children passes away.

1932 to 1949 – Highfield Hall passes through a succession of owners and various uses.

1972 – Highfield is purchased by Josephine and Josiah K Lilly III and given to a local nonprofit.

1994 – Highfield Hall is threatened with demolition and Historic Highfield, Inc. is founded. 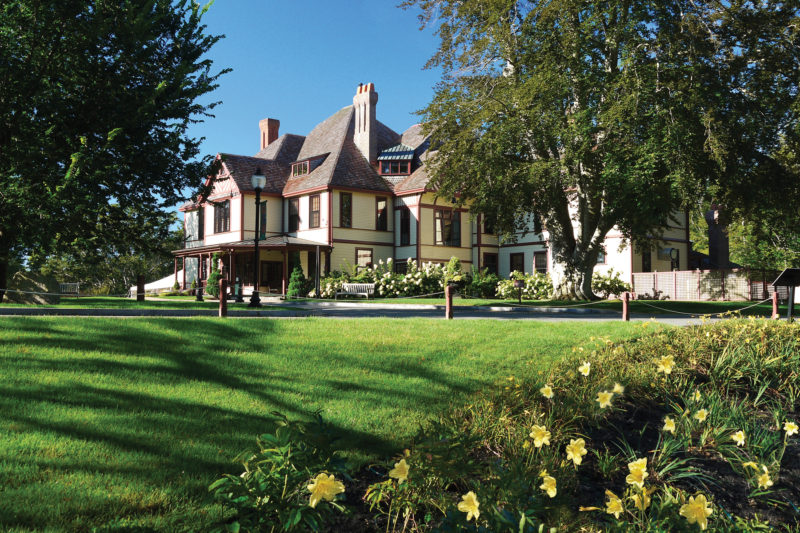