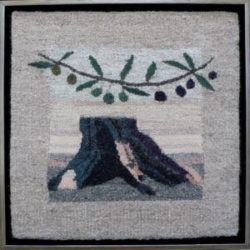 Join us for Judy Garland: Climbing Over the Rainbow, a lecture by Robert Wyatt.  The great singer, actress, and vaudevillian Judy Garland (1922–1969), born Frances Ethel Gumm, began performing at the age of two. She was signed by Metro-Goldwyn-Mayer at the age of thirteen, and was molded by the studio’s star-making machinery. She grew up in girl-next-door parts in “backyard musicals” and Andy Hardy films opposite Mickey Rooney. Then came her role as Dorothy in the career-defining The Wizard of Oz in 1939—and the arduous climb over the rainbow had begun in earnest.

Her decades of stardom and struggle were marked by bouts of alcohol and drug abuse, multiple divorces, and career swings, but she remains one of the greatest interpreters of American popular song.