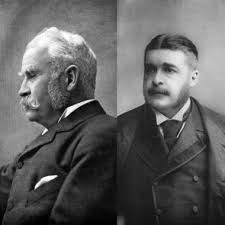 The musical theatre of the Victorian era radiated the brilliance of librettist W. S. Gilbert and composer Arthur Sullivan and to the works they jointly created. Between 1871 and 1896 they collaborated on fourteen comic operas of which H.M.S. Pinafore, The Pirates of Penzance and The Mikado are among the best known.
Along with Gilbert’s clever and fanciful words, Sullivan added melodies which could convey both humor and pathos. Together, their brilliance of form and composition opened the doors for the pioneers of the American musical theater who emerged early in the twentieth century.
Register on-line or call, 508-495-1878, ext. 2