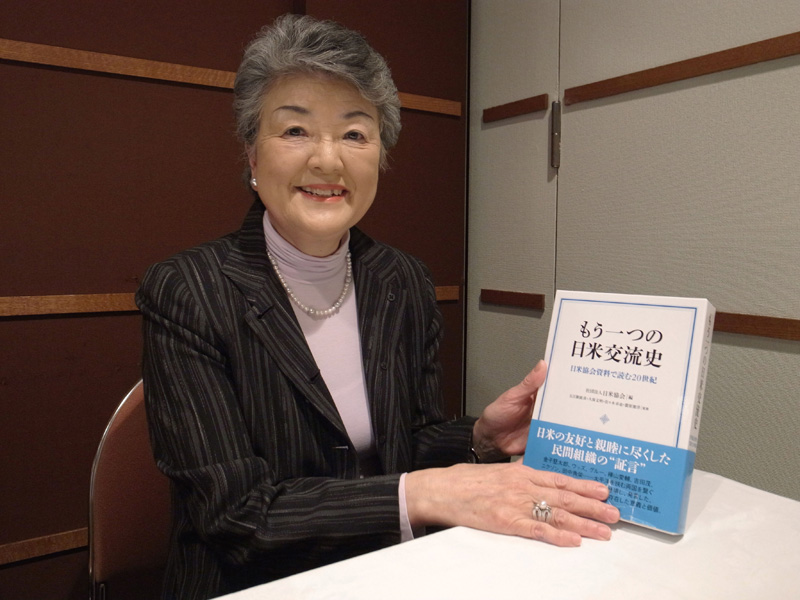 Pre-Exhibition Talk with Akiko Kuno–Unexpected Destinations: Enduring Friendships Across the Pacific Over the Centuries

Her great-grandmother was the first Japanese woman educated in America.  She graduated from Vassar College in 1882.   Almost a century later, Akiko Kuno, who also studied in America, became the president of the world-renowned College Women’s Association of Japan (CWAJ), then the first female Executive Director of the America-Japan Society, Inc., dedicated to promoting a better understanding between the countries. Today, she is distinguished as its Vice President.

Kuno will talk about her book Unexpected Destinations: The Poignant Story of Japan’s First Vassar Graduate and the “strong, invisible ties” that have connected her family to America for centuries.

The talk is a prelude to the opening of Kanreki: A 60-Year Journey on Sunday, June 26, at Highfield’s Summer Open House. The exhibition marks the CWAJ’s 60th Anniversary and features the works of more than 200 Japanese printmakers, including Isamu Morishima. The woodblock artist has exhibited with the CWAJ print show for 16 years and will join Kuno for this cultural exchange, discussing printing techniques and how art can connect people from different countries.

Kuno’s great-grandmother, Sutematsu Yamakawa, was only eleven years old when she, a handful of other girls and 50 boys were chosen for the government-funded Iwakura Mission.  The children were sent to America for ten years to receive a Western education. Sutematsu was placed in the home of Rev. Leonard Bacon, a noted abolitionist and preacher from New Haven, CT.  It took Kuno almost three years to find the descendants of the Bacon family.  When she did, she also found a collection of letters Sutematsu had written to Alice, the reverend’s daughter and her best friend, over a period of forty years.  These letters, along with extensive research, provided Kuno the background needed to write her great-grandmother’s biography, published in English in 1993.

Sutematsu, the brilliant Vassar graduate and valedictorian, was called back to Japan in 1882. She later married General (and future prince) Oyama and used her profile as Princess Oyama to influence change.  Among her many achievements, she helped establish a school of higher learning for women in Tokyo, now known as Tsuda College.

Two more generations of women embraced this legacy of learning before it was Kuno’s turn.  Her story also has many American connections, from her first taste of Coca-Cola and hamburgers at the Foreign Correspondent’s Club of Japan, to reading American stories like Rip Van Winkle with her mother.   In 1964, Kuno graduated from Keio University in Tokyo with a Bachelor of Arts degree in American History.  There, she participated in the Keio-Stanford Summer Exchange Program and followed in her mother’s footsteps by studying at Hope College in Michigan.

In 1968, Kuno helped establish the Ohio State Tokyo Trade Office. She worked there until her husband’s career took them to Paris.  Upon their return to Japan, Kuno joined CWAJ, the international, non-profit organization which sponsors the print exhibition opening at Highfield on June 26. The story of the CWAJ actually started in Massachusetts in 1949.  Women from Mount Holyoke and Wellesley alumnae clubs wanted to help Japanese women during the aftermath of World War II by providing travel grants to attend U.S. universities. The creation of the non-profit and print sales became the pathway to these scholarships.

Kuno’s relationship with the CWAJ spans three decades.  More than 100 Japanese visitors, including CWAJ members and exhibition specialists, are expected to attend the talk, which is free and open to the public.