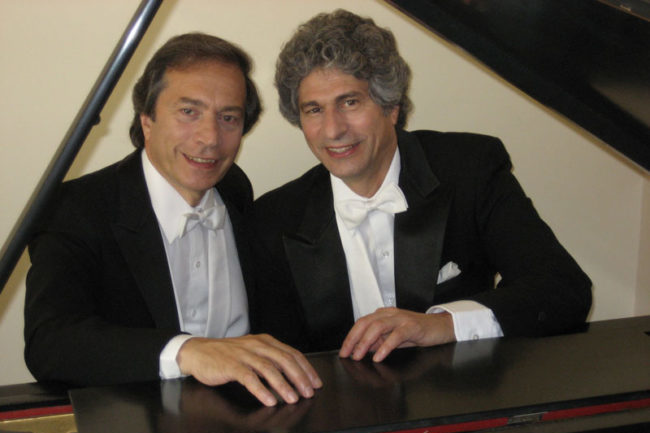 Whether playing on one piano or two, Anthony and Joseph Paratore are recognized as one of today’s foremost keyboard duos. Their career spans over 30 years’ performing on the international stage for audiences around the world, and their dedication has brought the art of duo piano to the highest level.  They have appeared in America with the New York Philharmonic and the Boston, Chicago, Detroit and San Francisco Symphony Orchestras and in Europe with the London Symphony, and the Berlin, Vienna, Warsaw, Rotterdam and Amsterdam Symphony Orchestras, among others. They have performed for the Presidents of Germany, Italy and at the White House, also adding NBC’s Today Show and The Tonight Show to their credits, as well as NPR’s syndicated news programs All Things Considered and Performance Today. “The best two-man orchestra in the world” appeared in their review following their concert at a Piano Festival in Müllheim, Germany.