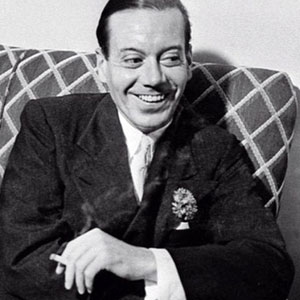 Dilettante, hedonist, elitist, snob: Cole Porter was called all of them during his glittering yet troubled life. Whatever detractors may have said about him personally, Porter’s reputation as a musical genius has never been questioned. The lecture surveys Porter’s life on Broadway and in Hollywood, covering 40 years that produced 33 stage works and the music for 23 films.  Rare archival film clips and recording of original cast members, including Ethel Merman, Fred Astaire, Louis Armstrong, and Bing Crosby are featured, along with Porter himself singing and playing “You’re the Top”—which he was!