An event every day that begins at 7:30 pm, repeating indefinitely

An internationally acclaimed musician, the versatile Ida Kavafian is an artist-member of the Chamber Music Society of Lincoln Center and former violinist of the Beaux Arts Trio. She has been artistic director of Music from Angel Fire in New Mexico for thirty-one years and invites several Curtis students to participate in its Young Artists Program each year. Ms. Kavafian and student violinists visit venues in the northeast performing a creative program of music featuring the violin. This unique program showcases classic works and virtuosic showpieces, all composed for ensembles featuring only violins.

The program has a broad range of style; from the Baroque master Telemann to the modern icons Toru Takemitsu and Luciano Berio.  The program also includes the folk charm of Bartok, the zest of Prokofiev and to end, a delightful light, virtuosic set of variations by Dancla on the well-known and loved “Twinkle, Twinkle.”

About the Fiddlefest Project
“When I was asked to put together a program for Curtis on Tour, I immediately thought of showcasing my amazing students. I am so incredibly fortunate to have an extraordinary studio and they make me look better much than I am. My goal is to nurture each of them to their fullest potential, and for all of them to have their own special voice. The program I chose has a broad range of style, all original works from the Baroque master Telemann to the modern icons Toru Takemitsu and Luciano Berio. In between we have the folk charm of Bartok, the zest of Prokofiev and to end, a delightful, light, virtuosic set of variations by Dancla on the well known and loved “Twinkle, Twinkle”. We hope you enjoy our program!”

About Curtis on Tour
Curtis on Tour is the Nina von Maltzahn global touring initiative of the Curtis Institute of Music. An embodiment of the school’s “learn by doing” philosophy, it offers students real-world, professional touring experience alongside celebrated alumni and faculty. In addition to performances, musicians offer master classes, interactive programs, and community engagement activities while on tour. Curtis on Tour also facilitates solo performances of Curtis students and alumni with professional orchestras and recital series. Since the program was established in 2008, students, faculty, and alumni have performed more than 200 concerts in Europe, Asia, and the Americas. 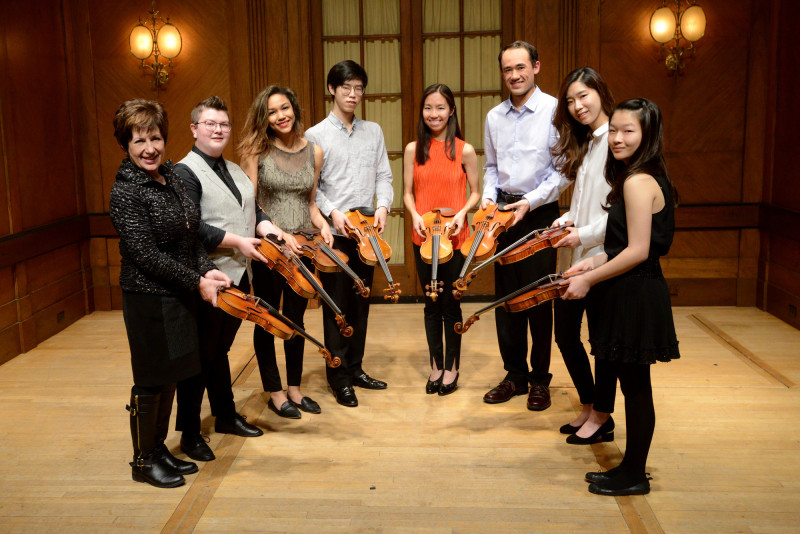 Abigail Fayette studies violin with Ida Kavafian at Curtis, where she is the Joseph and Marie Field Annual Fellow. She served as the concertmaster of the Curtis Symphony Orchestra for the 2015–16 season and was a fellow at the Tanglewood Music Center in 2016. She has participated in the Artosphere and Kneisel Hall festivals, Music from Angel Fire, and the New York String Orchestra Seminar.

Brandon Garbot studies violin with Ida Kavafian and Arnold Steinhardt at Curtis, where he is the Edwin B. Garrigues Annual Fellow. Mr. Garbot is a substitute violinist with the Philadelphia Orchestra, has been a guest artist at the St. Paul Chamber Orchestra, and served as the concertmaster of the New York String Orchestra in 2014. He has participated in the Kennedy Center’s conservatory Project, Music from Angel Fire, and Chamber Music Northwest.

Jenny Yeyeong Jin studies violin with Ida Kavafian at Curtis, where she is the Huldah Bender Kerner, M.D., Fellow. She has performed as a soloist with the Suwon Philharmonic and has been featured on Korean Broadcast System television. She has also performed at the Forbes Korea CEO Forum.

Haram Kim studies violin with Ida Kavafian and Aaron Rosand at Curtis, where he is the Melvin A. Gang Annual Fellow.

Shannon Lee is an ArtistYear Fellow at Curtis, having graduated in 2016 as a violin student of Ida Kavafian and Arnold Steinhardt. She made her orchestral debut at age 12 with the Dallas Symphony Orchestra; and made her debut recording for Telarc at age 14. Her awards include first place in the Lynn Harrell Concerto Competition and the silver medal in the Stulberg International String Competition.

Adé Williams studies violin with Ida Kavafian at Curtis, where she is the John J. Medveckis Annual Fellow. She made her solo debut at Carnegie Hall in 2013 and has performed as a soloist with the Buffalo Philharmonic, the Cleveland Orchestra, the Detroit Symphony Orchestra, and the New World Symphony. She has been a prizewinner in the in the Sphinx, Vivaldi Seasons, and Sejong Cultural Society competitions, among others. 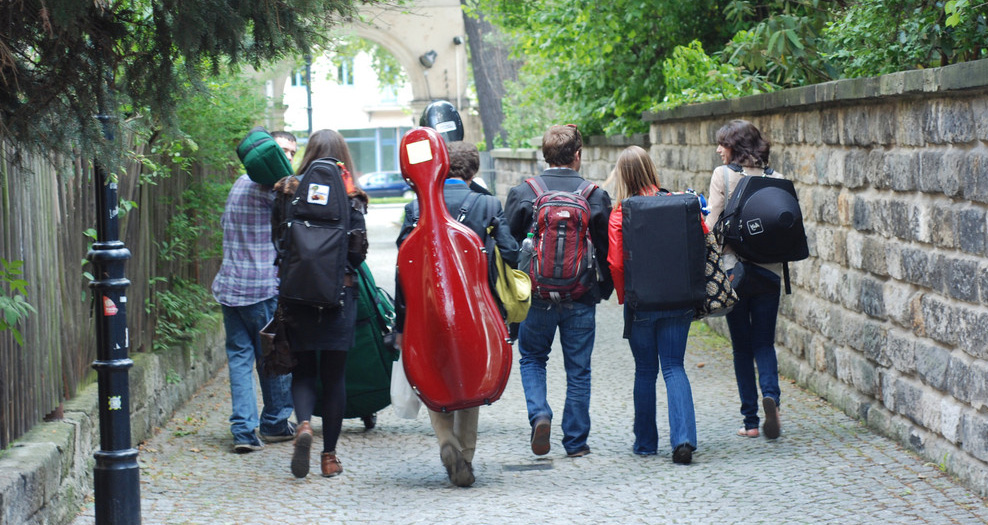