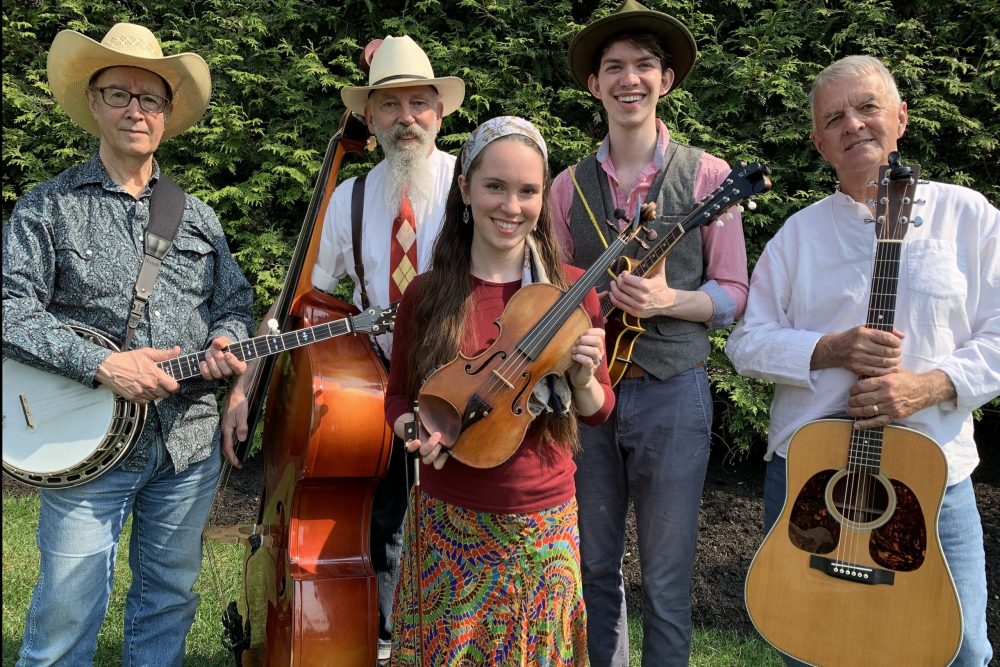 Concert rescheduled from Sunday, Aug. 22nd due to weather. Please contact the office at 508-495-1878 with any questions or for more information.

Join us  this summer for some traditional bluegrass with The Sandy Ridge Boys and Sofia Chiarandini!

Founded in 2014, this group brings together a wide background of musical experiences and have become popular with fans of all ages. Following in the footsteps of the masters, The Sandy Ridge Boys and Sofia Chiarandini play traditional, straight-ahead bluegrass as well as tunes from early country music, along with interesting twists on some familiar old favorites. With the standard assemblage of instruments, featuring banjo, guitar, mandolin, and bass, they recreate the sounds of Flatt & Scruggs, The Stanley Brothers, Jimmy Martin, and even Chuck Berry, as well as many of the contemporary bluegrass bands playing today. The boys will entertain you with their innovative arrangements and songs, as well as their between-song banter.

Originally from Newtown CT, has been playing violin since age five, and at age fourteen decided to dive into the world of bluegrass. She has performed on the main stages of bluegrass festivals such as Grey Fox, Ossipee, Joe Val, and Freshgrass. Sofía attended the Berklee College of Music where she performed as part of the American Roots Music Program.