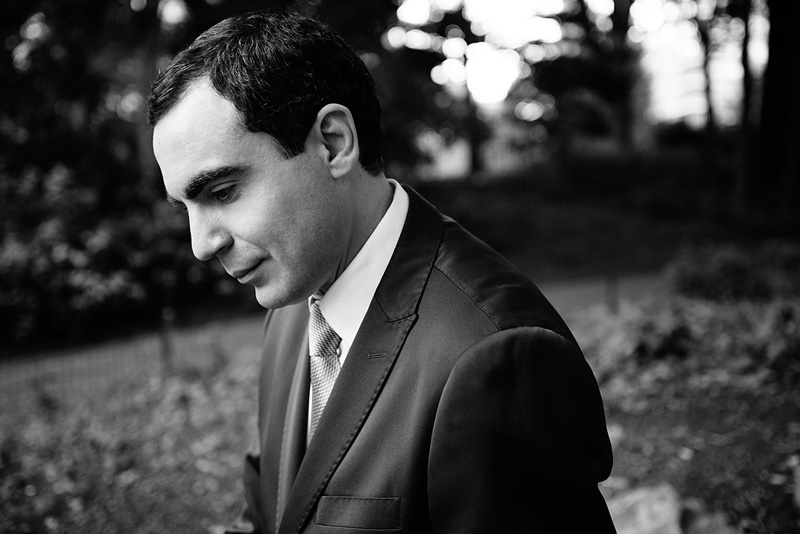 Acclaimed for his profound sense of poetry and distinctive style, Sandro Russo has been in demand as a soloist in many venues around the world. He unanimously receives accolades for his sparkling virtuosity and his playing has often been referred to as a throwback to the grand tradition of elegant pianism and beautiful sound. Garrick Ohlsson referred to Mr. Russo as “an excellent pianist with good sound, technique and range of styles,” while Abbey Simon praises him as “an artist to his finger tips…musical, intuitive, and a master of the instrument.”

Soon after Mr. Russo came to the United States in 2000, he won the Bergen Philharmonic Orchestra Concerto Competition, and performed Liszt’s A major Concerto with Maestro David Gilbert at the Bergen Performing Arts Center in Englewood, NJ. Early in 2002, Mr. Russo gave an acclaimed Chopin recital at the prestigious Politeama Theatre in Palermo, Italy, and later appeared at the Nuove Carriere Music Festival, an international showcase for the world’s most promising young musicians.

Mr. Russo has performed in such prestigious concert halls as the Concertgebouw in Amsterdam, the Konzerthaus Berlin, Weill and Zankel halls at Carnegie Hall, Salle Cortot in Paris and Teatro Politeama in Palermo. His recitals include performances for The Rachmaninoff Society, the Dame Myra Hess series in Chicago, Concerts Grand in Santa Rosa (CA), the American Liszt Society, the Houston International Piano Festival, the Husum Festival of Piano Rarities in Germany and the Chetham’s International Piano Festival in Manchester (U.K.), among others. In November 2010 the Italian Academy Foundation presented Mr. Russo in a sold-out Chopin & Schumann anniversary concert at Carnegie Hall. His performances have aired on all the major radio stations in the US, the BBC Radio, RAI Radio 3 and the Slovakian TV.

Mr. Russo has also appeared as a soloist with the Slovak Philharmonic in Bratislava, The Jacksonville Symphony in Florida and The Brussels Chamber Orchestra at the opening gala of The Music Festival of the Hamptons in 2008. In July of the same year he gave three highly praised performances of the Rachmaninoff 3rd Piano Concerto on tour with the Orchestra Sinfonica Siciliana and he was also the featured soloist with the New York Asian Symphony for a Japan tour in 2009.

Mr. Russo’s extensive repertoire comprises well-known masterpieces of all periods as well as more obscure and challenging works of the piano literature, by such composer-pianists as Medtner, Sorabji, Cziffra and others. He has also been given the honor of premiering compositions by Lowell Liebermann, Paul Moravec, and Marc-André Hamelin. Lowell Liebermann wrote of him: “Sandro Russo is a musician’s musician, and a pianist’s pianist. There is no technical challenge too great for him, but it is his musicianship that ultimately makes the greatest impression. His interpretations reveal a unique and profound artist at work.”