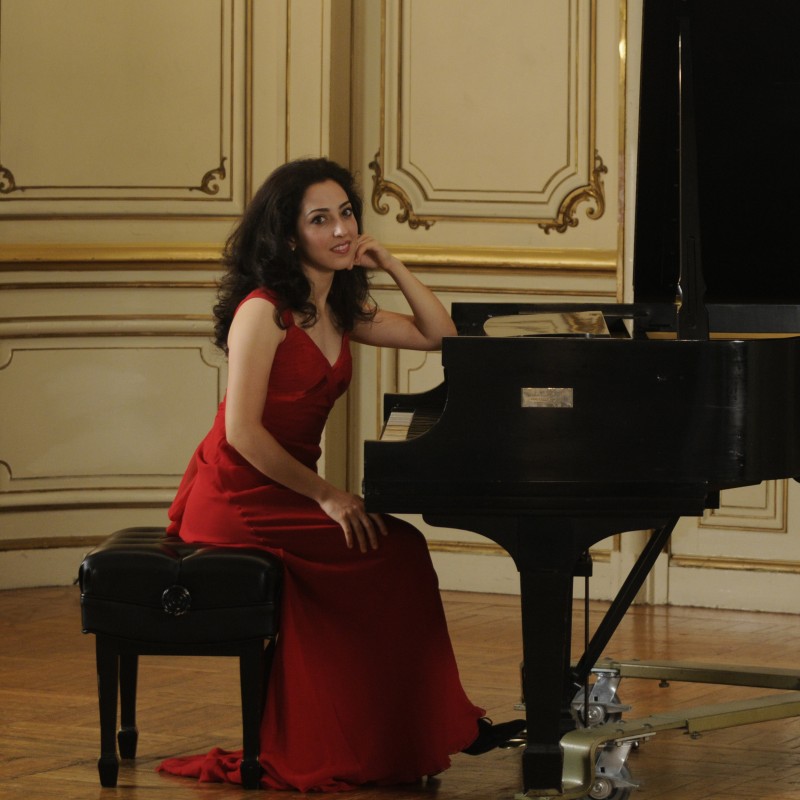 Sara Daneshpour is a 2013 Laureate of the ProLiance Energy Classical Fellowship Awards of the American Pianists Association.  She is the First Prize winner of the XII Concours International de Musique du Maroc (Morocco, 2012), 2nd prize winner of the 2007 William Kapell International Piano Competition, 1st prize and Gold Medal winner of the 2007 International Russian Music Piano Competition, and 1st prize of the 2003 Beethoven Society of America Competition. She is a graduate of the Curtis Institute of Music studying under Leon Fleisher, earned her Master’s degree from the Juilliard School studying under Dr. Yoheved Kaplinsky, and extensively has studied under the direction of Dr. Oleg Volkov.
Ms. Daneshpour has performed not only in her native city of Washington DC, but also in New York, Philadelphia, Cleveland, Russia, Germany, Finland, Estonia, Denmark, and Sweden. She has been heard on stages of such prestigious venues as the Kennedy Center in Washington DC, Carnegie Hall in New York and at the Great Hall of the Moscow Tchaikovsky Conservatory in Moscow. She has also been featured nationwide on 160 public radio stations, including the venerable WGBH in Boston.