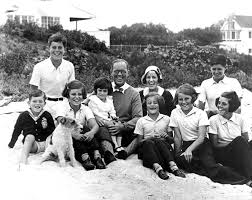 The home of Rose and Joe Kennedy was in many ways the home of the entire Kennedy clan. From family celebrations to family tragedies, the big house was the center of their lives. During the Kennedy presidency it was also the site of important government meeting with both national and foreign dignitaries. Robert Luddington captures these important photos of the main house. Click here to learn more about the John F. Kennedy Hyannis Museum.