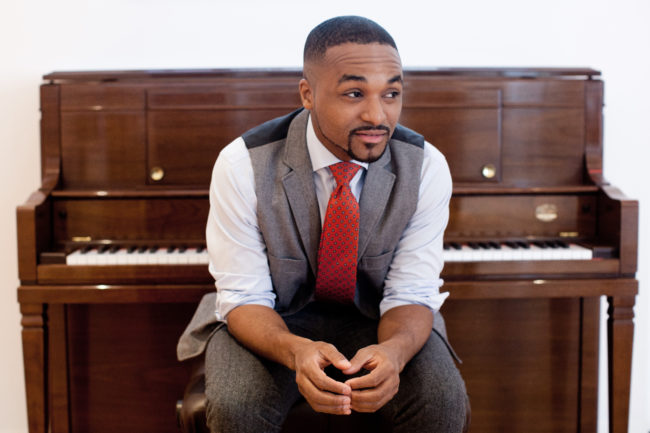 This event has SOLD OUT!

There’s something in the New Orleans water…

That’s where Jelly Roll Morton was born.  Buddy Bolden, King Oliver and Louis Armstrong, too.  And, that’s where jazz pianist Sullivan Fortner got his start.
Literally.  He was born in the Cradle of Jazz, and while most four-year-olds were learning how to peddle a trike, Sullivan plunked out the Jeopardy theme on his Fisher-Price piano by ear. At 9, he was playing for church choirs throughout the Big Easy.  At 11, he won a Cox Cable “Amazing Kids Award.” By the time he was out of high school, he was well on his way to receiving the 2015 Cole Porter Fellowship from the American Pianists Association and the 2016 Lincoln Center Award for Emerging Artists. Today, he is one of the top jazz pianists of his generation, known for his virtuosic technique and engaging performance. He’s shared the stage with Dianne Reeves, Roy Hargrove and Wynton Marsalis.  Fred Hersch, Etienne Charles and DeeDee Bridgwater, too.  Jazz Weekly called his sophomore album, “Moments Preserved” (2018) an even “stronger follow-up to his impressive debut.”

Yep, there’s something in the New Orleans water. Jazz!   Come, drink it all in at Highfield, too!