The Ice House at Highfield Hall

The Highfield Hall Ice House is in ground which was a less common (and more expensive) style. It was constructed for the Beebe family around 1890. Its location was most likely determined by elevation (necessary for drainage) and convenience to the house. Typically ice houses were oriented so that the door faced southwest and that is true here (the small door). The ice house features thick stone walls, three progressive doors, and a wooden interior lining–all added to ensure maximum insulation. Vents at each end wall and along the roofline allowed warm air and vapor to escape. This ventilation made the house more efficient by keeping it cooler inside. The floor was gravel, a porous material that could accommodate drainage. A wooden floor and a layer of sawdust would be placed on the gravel to keep the ice out of the dirt.

The Beebes most likely purchased the ice locally and had it delivered in winter. Blocks of ice were stacked in layers interspersed with sawdust. Once full, the deliveryman inscribed the date and his name on the ceiling beams. The ice would be stored in the ice house until the Beebe family arrived in the summer.

Over the years, the ice house had fallen into serious disrepair. The restoration of the Highfield Hall Ice House began in 2009, thanks in part to Falmouth Community Preservation Funds. Glenn Upton and Jon Oatley led the project and did almost all of the work themselves.

The foundation and all the stonework were stabilized and secured. Roof rafters were replaced with lumber from Cataumet Sawmill. Upton designed a recreation of the tongue and groove wood lining in the interior. He added windows to allow visitors to see the interior stone walls. The lower interior door and the hardware (such as the hinges) are original to the ice house. The exterior door and handle were repurposed from an old greenhouse. 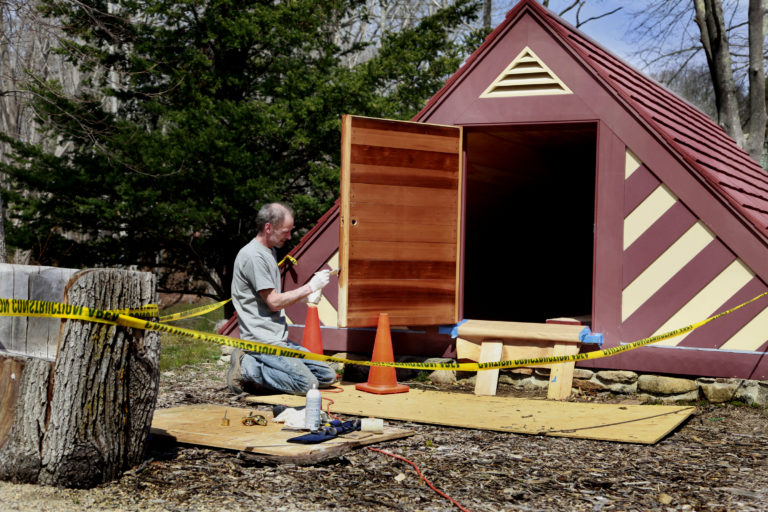 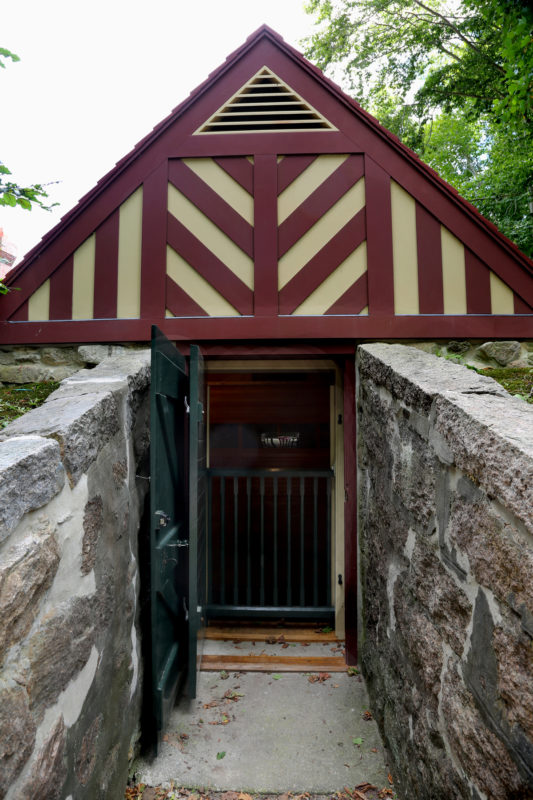 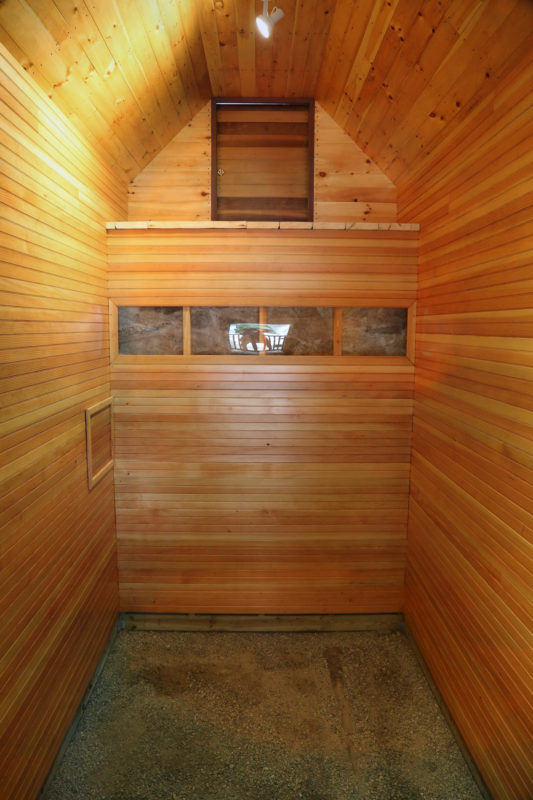